Welcome to the March edition of our author interviews! Today’s author is Zachary Totah, who I met at the 2014 Realm Makers conference. We spent a bit of time geeking out over Doctor Who and, more importantly, anything Brandon Sanderson has ever written. 🙂

I’d highly encourage readers to go check out Zachary’s novella The Time That Was Not, which is available for free on his blog. I really enjoyed it and look forward to seeing more of his work!

*Tell us a little bit about yourself/your novel:

I’m a spec-fic geek. Some of my favorite fandoms include Marvel, Doctor Who, and 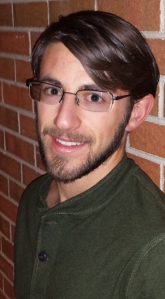 Lord of the Rings. And even though it’s not technically a fandom, I LOVE Brandon Sanderson’s books.

My WIP, which sadly hasn’t gotten any attention lately, is a combination of Sword & Sorcery and High Fantasy. The working title is A Warrior’s Heart. The blurb: “A young man training to join a legendary order of warriors learns of a secret plot to destroy the order. To defeat the enemy, he must overcome a deep fear that began with his father’s death six years ago.”

*What’s the funniest/weirdest thing you’ve ever had to research for a story?

*guilty look* Umm…I don’t do a lot of research for my stories. I know, that probably makes me a terrible writer. I remember briefly researching different types of amnesia—causes, symptoms, effects—for a book several years ago.

*Where do you usually write? Can you show us a picture/describe it? 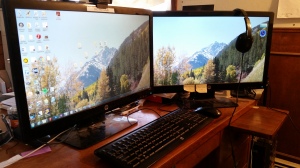 I’ve had many writing nooks in the house over the 8 years since I started, but for the past several years I’ve been writing in the extremely cluttered den. What you see is the lone slice of orderliness amid the surrounding chaos. On the bright side, I have an awesome motivational “poster” pinned to the wall to the right of my computer (beneath a map of one of my fantasy worlds). 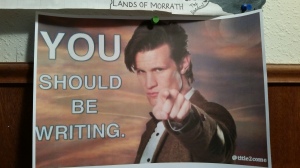 *Do you have a strange quirk or habit while writing or preparing to write?

Hmmm. I have a hard time sitting still, so I usually going through a random cycle of sitting up, slouching, swiveling my chair. When I’m writing certain scenes, I close my eyes while I’m typing so I can visualize the what’s happening.

I also get into character, a lot. I’ll make faces that my characters might make in whatever situation I’m writing about or play out different reactions (frowning, rubbing chin, sighing, etc.) to see which one fits. I can be quite active when writing fight scenes. I’ll shift, duck, jab with my arms—almost anything to get the feel of the movements. All while sitting down.

* Can you give us a hint of where the story is going next?

I have plenty of plans for the Skyriders series. A Warrior’s Heart is the first book, and I’ve written the first draft of the second book, titled The Year of Reckoning. Here’s a quick summary: “When an army appears to conquer Kadriath and Azurin at the bidding of their gods, a budding warrior and an outcast who used to be a princess must fight the coming danger while wrestling with fears that present an even greater challenge.” Beyond that, I have two more books roughly outlined that will complete the series. I’m shaping it so that each book stands on its own but builds on the last one, especially books 2-4. In many ways, the outcomes of the earlier books determine the story arcs of the later books.

At the same time, I have waaaaay too many other cool ideas clamoring for attention. I guess I’ll see where it all goes. ☺

Thanks for joining us on the blog today, Zachary! Catch up with him on his Facebook and Twitter, and if you’re a spec-fic fan, Zachary’s website is definitely worth following, as he posts a lot of fun content! 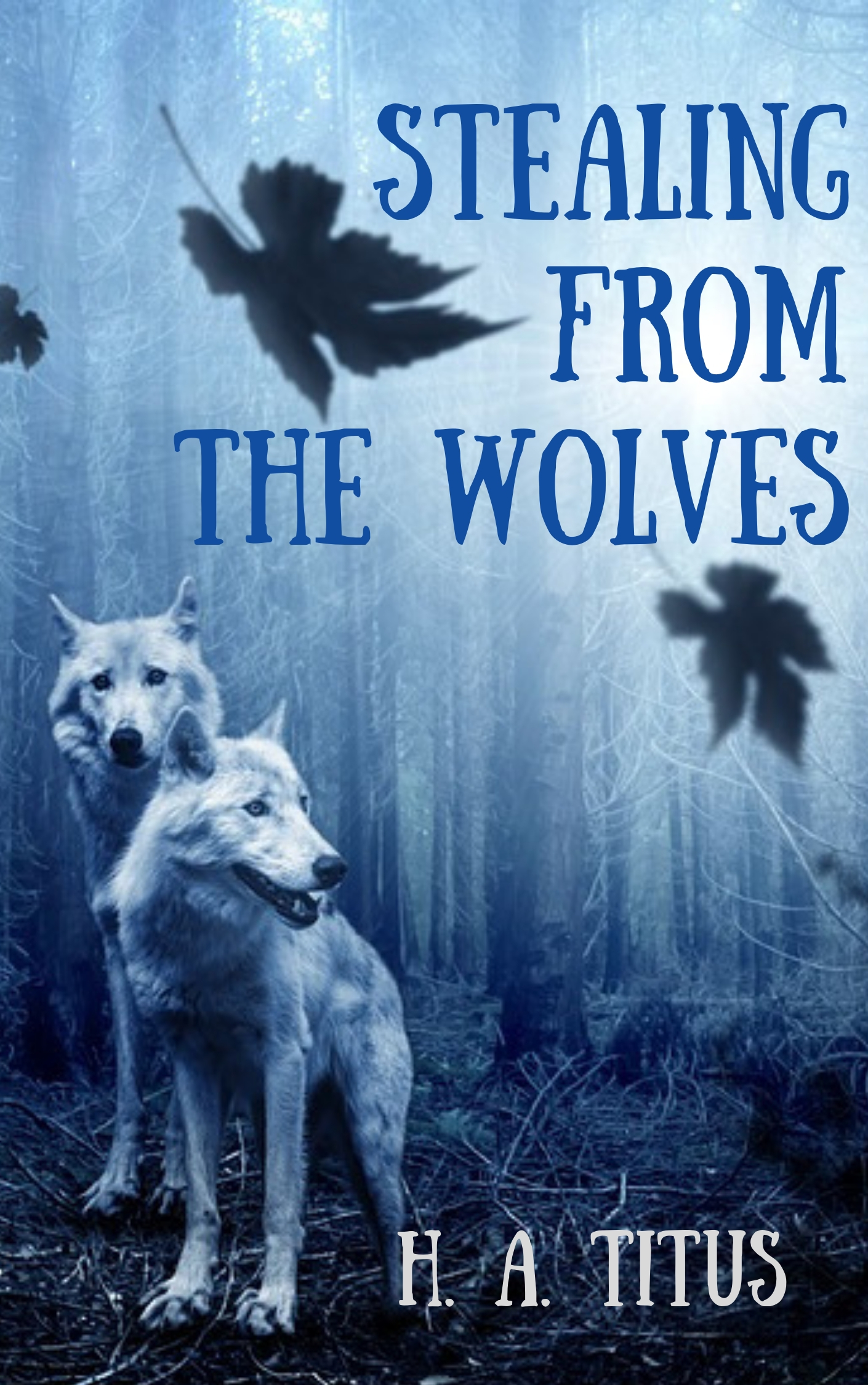